Some hotel services may not be available or may be limited during your visit.
The following services and amenities are available, but with reduced service: Fitness Center.

Overlooking Lake Michigan with direct access to Oak Street Beach, The Drake Hotel anchors the north end of The Magnificent Mile fashion district and illuminates Lake Shore Drive with its iconic, lavender marquee. A defining feature to the Chicago skyline serving as your REAL CHICAGO welcome and herald to all the plush comforts and thoughtful conveniences.

Nowhere is your comfort more important than in the guestroom. From the Hilton CleanStay Room Seal to focused disinfection of high-touch areas in the guestroom, we're committed to providing guests with a clean, comfortable space. Settling into the windy city will be a breeze with Hilton CleanStay and a team of service professionals upholding a legacy of illustrious service as The Drake Hotel celebrates its 100th anniversary throughout 2021. 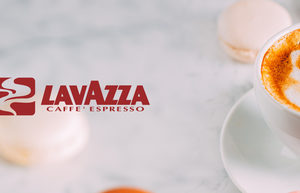 Enjoy the perfect blend to begin each morning along the Magnificent Mile.

Start each day with breakfast included at Lavazza.

($15 per person credit, max of 2 people per reservation) 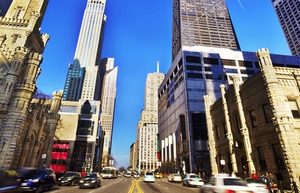 Coast into Chicago along The Magnificent Mile and take advantage of the Park & Stay Package. Ideal for roadtrips to Chicago, you'll receive deluxe accommodations and save on overnight downtown Chicago self-parking with in and out privileges. Added benefit is the assurance of Hilton CleanStay. Nowhere is your comfort more important than in the guestroom. From the Hilton CleanStay Room Seal to focused disinfection of high-touch areas in the guestroom, we're committed to providing guests with a clean, comfortable space. 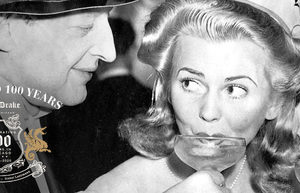 At precisely the stroke of midnight on New Year’s Eve, The Drake Hotel celebrated a very special milestone moment in history, our Centurion Anniversary.

In celebration of the Centurion Anniversary, and as a token of our appreciation to the generations of families and friends that continually make The Drake Hotel their Chicago home away from home, we’re pleased to announce our One-Hundred Days of One-Hundred Dollar Rates beginning January 1st through April 10th with the added assurance of Hilton Cleanstay.

Lesser Known Facts About The Drake

1. Leading up to a visit from President Barak Obama, secret service discovered a hidden door disguised as a book shelf inside the Hotel Manager’s office leading to a private outdoor balcony. Rumor has it that it had once been used by Al Capone and his friends
2. Famed mafia boss, Al Capone’s accountant Frank Nitto, also referred to as “The Enforcer” had his office at the back of the hotel. Rumor has it, Al Capone was a frequent visitor of the hotel’s bar Coq d’Or
3. The Grand Ballroom was a multipurpose room. It was used as a tennis court and dance hall for the upper class. The hotel installed a spring floor for guests to perform the Charleston.
4. The 275-year-old French bronze urn was found in the Florentine Craftsman House in New York and was transported to Chicago to use as the focal point of the Palm Court’s fountain. The architect of the hotel, Ben Marshall was responsible for placing his baby alligators in the fountain.
5. In 1932, Cape Cod Restaurant became Chicago’s first choice for fresh seafood. Twenty years later, newlyweds Marilyn Monroe and Joe DiMaggio would carve their iconic initials into the bar’s world famous wooden counter.
6. On December 6th, 1933, the day after prohibition was repealed, Coq d’Or opened to the favor of thirsty patrons eager to purchase a 40-cent whiskey. In the 1940s it became a local hangout for reporters, politicians, and even some notorious characters, though it never lost the true Chicago crowd.
7. After Princess Diana’s stay in 1996, the hotel renamed the Presidential Suite to The Princess Diana Suite.
8. The Drake Hotel has long been an oasis for visiting kings, queens, diplomats and entertainers, including British Prime Minister Winston Churchill, Walt Disney, Ronald Reagan, Queen Elizabeth II, Grace Kelly and Vince Vaughn. The hotel has captured some of these famous visits in the hotel’s iconic autograph book.
9. From the Camellia Room to the Gold Coast Room, the hotel has played host to some of the city’s most famous events and historic figures. The Drake has hosted over 10,000 galas, weddings and events throughout its 100 year-history.
10. The bread ovens at the hotel have been there since the hotel opened, back in 1920. They are still in use and are kept running 363 days a year at approximately 425-450 degrees to bake The Drake rolls used throughout the hotel's restuarants and banquets.  It takes two days for them to cool down and then a worker crawls in and cleans them.